Honda has committed to $2.75 billion in a deal with GM’s subsidiary Cruise to develop and produce a new kind of autonomous vehicle. Techcrunch.com reports that the vehicles are being designed from the ground up, but will be ‘space efficient’ and ‘multipurpose.’ GM, their Cruise subsidiary, and Honda said they expect to ‘explore global opportunities for commercial deployment of the Cruise network.’

A couple of refugees from Apple’s still secret Project Titan self driving car project started a company called Aeva, that hat developed a better lidar for self-driving vehicles. According to arstechinica.com, the new lidar can measure the velocity of objects in addition to their distance. Aeva’s version uses frequency modulated carrier wave lidar. If that makes your eyes cross, it basically means they send out a continuous laser beam with steadily changing frequency. The new lidar is nearly immune from interference, too. So far, no word on when they will market these to car makers or how much the cost will be.

The ink from Jerry Brown’s pen wasn’t even dry on California’s new net neutrality bill when the federal government sued to block it. The Department of Justice calls it a strong case, but theverge.com points out that most legal experts say the suit is on shaky legal ground. When the FCC ruled in favor of carriers last year, they included language that the Commission didn’t have authority to regulate the broadband ISPs. To put it succinctly, “An agency that has no power to regulate has no power to preempt the states, according to case law,” Stanford Law professor Barbara van Schewick said in a statement to The Verge.

“When the FCC repealed the 2015 Open Internet Order, it said it had no power to regulate broadband internet access providers,” van Schewick said. “That means the FCC cannot prevent the states from adopting net neutrality protections because the FCC’s repeal order removed its authority to adopt such protections.” So far, court decisions support California’s right to protect consumers rights.

iPhone 8 May Be A Rare Find Next Year; Google May Add Hondas to Self-Driving Fleet

We’ve been seeing reports for months about the exciting iPhone 8 with curved OLED screens that cover virtually the whole front, and have wireless charging and all. Apparently, it’s going to be a treasure hunt trying to get your hands on one next year. Bgr.com reports that the screens will probably be made by Samsung, but there’s a bottleneck…only one company….Canon Tokki, makes the 328 foot long, 85 million dollar machines that can build the OLED screens, and there’s a two year wait time to get one! A lot of folks may have to settle for a ‘boring’ iPhone 7s or 7s Plus next fall!

Google’s self-driving division Waymo is maturing beyond the funny little Googlemobiles with no steering wheel or pedals. According to businessinsider.com, Waymo…which has rolled out a fleet of Fiat Chrysler minivans and had previously had Lexus SUVs running their system, is now in talks with Honda about integrating Google’s self-driving system into a fleet of Honda cars. Google is still shooting for Level 5 autonomy…which is the car driving itself completely autonomously with no human interaction or supervision. 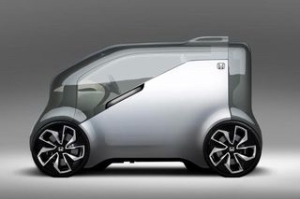 November was a banner month for Microsoft Surface consumer sales. According to techcrunch,com, they credit ‘Macbook disappointment’ for the bump. Apple, on the other hand, says they got more orders for the new Pro with limited ports than any previous Macbook Pro. Of course, Microsoft rolled out a freshened Surface book and the new, high line Surface Studio, which has gotten a lot of buzz.

Honda has dropped a picture of it’s experimental electric vehicle called the NeuV. The verge.com says they will show it at CES January 5th, and are saying it will come equipped with artificial intelligence of some kind built into what Honda calls an ‘emotion engine.’ The engine is a set of technologies that will “enable machines to artificially generate their own emotions.” So, does this mean sometimes your car will act like Grumpy Cat, and other times like an excited puppy? Stay tuned.

Bill Gates, Jack Ma, and other tech giants have formed a billion dollar tech venture fund to back cutting edge energy technologies, with the goal of searching for breakthroughs that they hope will reduce global greenhouse gas emissions to almost zero. Others involved are John Doerr, Jeff Bezos, and Richard Branson. Geekwire.com says Gates will be Chairman of the billion dollar Microsoft Ventures fund.

In what amounts to a pretty big deal, Honda says it has co-developed the world’s first motor for hybrid cars that uses no heavy rare earth metals, a breakthrough that would reduce its dependence on the expensive materials, which are controlled mainly by China. Reuters.com notes that Japanese car makers have been working towards this since China put a temporary moratorium on rare earth exports to Japan in 2010. There are caches of rare earths in the US and Australia, and the US just last year began to reactivate a mine in Southern California. Mining the metals is an environmental issue.
Honda hopes to get from 5% ‘new energy’ vehicles now to 2/3 of it’s line up by 2030.

Verizon has announced final specs for its 5G service, and will indeed offer gigabit speeds….faster than cable internet in a lot of places. Bgr.com reports that Verizon is testing in New Jersey, Massachusetts, and Texas. We’re a few years from seeing this, as federal regulators have to sign off on the specs, but 100 mbps plus speeds in your pocket will be quite welcome as soon as we can get it!

The great news for data hogs…Samsung has a 4 terabyte SSD drive for laptops. The bad news….it costs as much as a MacBook Pro at $1500! If you can slide by with less storage though, thenextweb.com says they’ve dropped the 2 TB model to ‘only’ $675, and 1 TB clocks in at $317. If you’re on any kind of budget, you probably ought to opt for an old fashioned spinning drive for these higher storage options!

Audi and Mercedes are getting excited about hydrogen fueled cars. For Mercedes, it’s back to the future…they first had a fleet of them in 1980, but with a 150 mile range and 45 minutes to fuel up, killed the project. Now Audi has showed it’s h-tron Quttro fuel cell SUV at the North American International Auto Show, and according to arstechnica.com, Mercedes has green-lighted production of it’s fuel cell version of the GLC SUV to sell in 2017. BMW has showed an i8 and a 5 series with fuel cells, but neither is set for production so far. General Motors has partnered with the Army to investigate suitability of fuel cell EVs for military use. Toyota and Honda are well along in hydrogen fuel cell tech, too. Toyota has the 2016 Mirai that’s actually for sale. California…where you can buy a fuel cell EV, has now increased the subsidy on them up to $6500 on top of any federal incentive. A combination of hydrogen fuel cell and electric may be the wave of the automotive future…along with driving by Jarvis, apparently.

Details are sketchy, but Samsung may be about ready to launch new wearable, possibly to replace the less than exciting Gear Fit. It’s called SM-R150 for now, and a watch version has a rotating bezel like the Gear Fit. The interesting thing is a picture with one on a shirt…like a removable that you don’t have to keep on your wrist. Engadget.com points out that leaks so far don’t indicate if it will be a full blown smart watch or something more like a Fitbit, but expect it to be revealed in the coming months.

Another Car Line Getting Android in the Dash

We’re seeing more and more of the connected car. Next year, Honda Civic models will run Android. Engadget.com says they’ll sport a 7 inch, customizable touch screen display that will act a lot like a smartphone.

If you’re a bargain hunter or on a budget, check the Lumia 530 at T-Mobile. Gigaom.com says it’s $79.80 off contract. The Windows smartphone will be available October 15th, with pre-ordering starting Sunday.

Set top box maker Roku has enabled screen mirroring from some Android smart devices and Windows devices to your HDTV. 9to5google.com says you can mirror apps, photos, games, and the web on your smart device and your big screen.