Nintendo’s Switch online service, which had been delayed from last year, is now scheduled to be activated in September. Theverge.com says it will cost $3.99 a month, or $19.99 a year. Besides online play, the subscription will give players access to classic games, and features like leaderboards and multiplayer. The hot Switch has already outsold its predecessor Wii U…more than 14 million have been bought since it was launched.

An ex-Apple manager who helped develop the iPod has a startup that is making what they call the 1st security cam for your car. According to 9to5mac.com, the Owl security cam is always connected over AT&T’s LTE system, and it’s powered by the OBD (on-board diagnostics) port every modern car has. Owners can access 24 hours of video footage with a companion app. It has LED lights on either side for theft deterrence, and a 2.4 inch display. Since its always on, it is able to send alerts if activity is detected. The cam is $299, with cellular service for $10 a month, but at launch, a special bundle price of $349 includes the cam and 1st year of cellular service. Preorders are open today at owlcam.com, with delivery expected by the end of the month.

We reported earlier about a bug from Google Play Services that was causing routers to crash when Google Home or Chromecast devices were awakened. 9to5google.com reports that Google has rolled out a fix to all users. It’s version 11.9.75, and should be downloadable from the Play Store if it hasn’t updated your devices already on its own.

In what may be a useful tech that can’t outrun its creepy factor, Amazon has patented wristbands that track where warehouse workers’ hands are. The idea is to make sure they are reaching the right shelf or cubby to grab an item to be boxed and shipped out. Geekwire.com notes that not every patent actually makes it into use, and this one that has the wristbands which emit ultrasonic sounds or radio pulses to help guide the employees’ hands to the right bins may never see actual use. They seem extremely intrusive and super creepy!

After getting universally panned for the notch at the top of the screen, it seems reviewers and actual people really embraced the blacked out area on the iPhone X where Face ID and the front cam live. Now, macrumors.com hears that Apple is looking into combining Face ID and the front cam to produce a smaller notch in the iPhone X successors that will be out in September 2019. It doesn’t look like the combined setup will make this year’s phones. It isn’t clear at this point how they would roll the infrared camera, dot projector, and flood illuminator all into the cam module, but Apple has dumped $821 million into LG Innotek, the company that will make most of all the 3D sensing modules for the upcoming iPhones.

With an answer to a question on Twitter, Elon Musk revealed that the Tesla Model 3…once production is really humming….will be getting a whole slew of voice control options. TechCrunch.com reports that Musk said in response to the question that once the software people got the core product right, you’ll be ‘able to do pretty much anything via voice command’ in the Model 3. So how about “Tesla…Tea. Earl Gray. Hot?”

This isn’t exactly something you want to hear…Google Home and Chromecast devices are causing temporary outages on many routers from ASUS, Linksys, Netgear, TP-Line, and Synology. According to 9to5Google.com, some become completely inoperable for a little bit, and others just drop their internet connection. The short explanation: the Google devices send a giant burst of information when they wake from sleep mode, causing the routers to drop their net connection or shut down the connection to the device. Google says they have a team working quickly to come up with a fix.

Galaxy Note 8 To One Up iPhone 7 Plus Cams; Flash will (Finally) Go Bye-Bye; Roku Bests Chromecast in Users

The Galaxy Note 8 may be about to better the flagship feature on Apple’s iPhone 7 Plus…the dual lens camera. Bgr.com reports that Samsung wanted to put the feature on the Galaxy S8, but instead opted for the Note. Like with Apple, the Note will have a regular and telephoto lens. Samsung will have a 3x optical zoom on the Note, where Apple only has 2x, and will include optical image stabilization on the telephoto as well as main lens, which Apple doesn’t. They also are making the wide angle lens 13 megapixel, while Apple shoots with 12 megapixels on both lenses…a negligible difference, but enough to tout as a feature.

It’s been a long, slow death, but Adobe is finally pulling the plug on Flash, probably the most frequently compromised software on anyone’s computer. Mashable.com says it won’t happen until 2020, but at least there is an end date to the problematic software that Steve Jobs panned back in 2009! Most all major browsers support HTML5, and many disable Flash Player by default already. Bye, Flash…we won’t miss you.

According to info from eMarketer picked up by recode.net, Roku pulls in around 40 million people in the US per month. This gives them 23% of connected TV users, easing past Google’s Chromecast with 22% and Amazon Fire TV with 21. Apple TV is an anemic 7%. The big number is 37%….that’s how many just watch via smart TVs. Mine isn’t even all that new, but has dedicated Netflix and Amazon buttons on the remote, and was dead simple to set up. 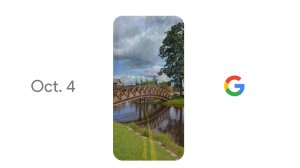 GoPro has revealed 3 new cams- the Hero 5, Hero 5 Session, and Hero Session. Businessinsider.com says they start at $399 for the 5. They also showed a foldable drone called Karma. The Drone is $799, but can be bundled with the cams…with the Hero 5 Session the combo is $999, and it’s $1099 for the Hero 5 Black and the Karma. It has a gimbal to stabilize footage you shoot.

We reported a rumor last week about Google’s Pixel smartphone event in early October. Now it’s official. Engadget.com reports that the invites are out and the event is October 4th. Google may show 2 new Pixel branded phones, a 4K Chromecast, and a new Daydream VR headset.

GM has announced pricing for it’s all electric Bolt, due out the end of the year. Reuters.com says it will start at $37,495. This should bring it under the ‘magic’ $30,000 level with the Federal tax break of $7500. It’s supposed to go 238 miles fully charged. Also, the General has just pledged that it would move all its facilities to 100% renewable energy by 2050…that’s over 350 facilities in 59 countries! Walmart, Unilever, and Apple are also moving to all-renewable facilities.

Google will hold a media event in October that will include new phone branding— Pixel and Pixel XL, and will also debut 4K Chromecast. Cnet.com says Android Police tout October 4th as the date. We had just reported this week that Google would drop the Nexus brand, and this is another confirmation of that. We may also see the design for its Daydream VR, a hardware and software platform to help any Android smartphone manufacturer create a VR headset themselves.

There have been several reports the last few weeks of Samsung Galaxy Note 7’s exploding while charging. Now, according to 9to5google.com, the company says that.1 of 1% of the batteries may be bad, and they may go ahead and do a full global recall. Samsung says simply replacing the battery will fix the problem, but they want to err on the side of caution. Until more details on the problem and recall come out…probably next week…don’t use off-brand chargers or accessories with a Galaxy Note 7.

If there was a ‘one more thing’ at Apple’s event yesterday, it didn’t come from Apple. The FBI put on hold it’s demand for Cupertino to crack the San Bernardino terrorist iPhone, claiming it had outside help to do so. Since two former CIA directors have said the NSA could do it, that’s a pretty good guess. Meanwhile, back in Cupertino, Apple showed the 4 inch iPhone SE, the new 9.7 inch iPad Pro model, and new Apple Watch bands. the iPhone SE is pretty much an iPhone 6S squeezed into an iPhone 5S case. It starts at $399 for the nearly useless 16 gigs of memory, and is $499 for the more useable 64 gigs. Preorders start Thursday, and it’s available March 31st.

Apple has shoehorned its iPad Pro into a smaller 9.7 inch version. You get the same 4 speakers and Apple Pencil stylus support. It weighs less than a pound, and has it’s own version of the keyboard case. The smaller Pro…Pro-ette? comes in silver, gold, space grey, and rose gold, and starts at $599 for 32 gigs. A loaded up one with the Pencil will pretty well murder a grand. It is also available for preorders starting Thursday and out on the 31st.

As expected, Apple Watch gets a so-called ‘Spring lineup’ of bands, but the big news is the price cut from $349 to $299. It’s a good guess that an Apple Watch v. 2.0 will be out in the fall with this price reduction.

Over at Google, or if you insist…Alphabet…Chromecast has morphed into Googlecast. 9to5google.com says some Vizio TVs will come with Googlecast built in, and there are some new Googlecast enabled speakers. The app is also renamed Googlecast, and the updated version will be out on Android and iOS this week.

Google rolled out two top line smartphones at its big Nexus event in San Francisco Tuesday…first, the brand new Nexus 6P. It’s made by Huawei and sports a 5.7-inch AMOLED display, powered by an octa-core Snapdragon 810 processor. The 6P has a unibody aluminum design. For comparison it weighs 178 grams… Apple’s new iPhone 6s Plus has a smaller 5.5-inch display and it weighs 199 grams.
It comes with 3GB of RAM, a 12.3-megapixel main camera, an 8-megapixel front-facing selfie camera, a massive 3,450 battery and either 32GB, 64GB or 128GB of storage. So how much? it starts at $499 off contract, and you can preorder at the Google Play store, with shipping sometime in October.

Google also showed a smaller handset…the Nexus 5X. This year, Google is taking a page out of Samsung and Apple’s playbook and offering two distinct flagship phones, one with a smaller screen and one that’s phablet sized. The Nexus 5X features a 5.2-inch LCD display with full HD resolution. A 2GHz 6-core Snapdragon 808, and 2GB of RAM. The phone will be available with either 16GB or 32GB of storage. It sports a 12.3-megapixel rear camera, a 5-megapixel front facing camera, and fingerprint scanner. The Nexus 5X will start at $379 with no contract, and like the 6P, it’s available for preorder now in the Google Play Store, and ships in October.

Google rolled out an actual tablet, too… the Pixel C. This tablet, unlike the Pixel devices that preceded it, will launch not with Chrome OS, but with Android — 6.0 Marshmallow to be exact. There’s an optional detachable keyboard you will probably want. This tablet is amazingly made by Google, and not just built for them.
The Pixel C features a 10.2-inch screen. It will ship sometime in November, starting at $499 for the tablet itself at 32 GB (and $599 for the 64 GB), and $149 for the attachable keyboard.

As you heard or read here last week, the 2nd generation Chromecast is out. Besides the lollypop shaped dongle, the device offers improved WiFi and connectivity features, a new home screen that features new “feeds” for displaying content on-screen while your device is in standby, and “Fast Play,” which allows your devices to connect to Chromecast faster and easier than ever before…the Chromecast Audio, including Spotify support is also out now. Chromecast 2.0 is $35. You’ll be able to grab one from the Google Store, Best Buy, and Walmart.

My Tweets
clarkreid
Blog at WordPress.com.