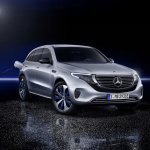 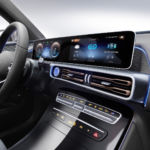 Long rumored…really long rumored, the folding smartphone will finally roll out in 2018…at least that’s what DJ Koh, CEO of Samsung Mobile is saying. Macrumors.com reports that Samsung plans to drop a model of Galaxy Note that folds by the end of the year. It will have a giant screen made of the two sides inside, and a third screen when folded on the outside. The phablet is rumored to be 7 inches diagonally, but can be folded in half much like a wallet. Samsung may show it off at their developer conference in November.

Xiaomi plans to beat every other smartphone maker to the punch, releasing the first 5G smartphone in the Mi Mix 3 later this year. 5G is going to be stunning…with download speeds 10 times that of 4G. Mashable.com notes that right now, only Verizon has any 5G, and that’s just in 3 cities and only at fixed locations…so not really mobile. 5G is expected to be more widely available in 2019 and 2020, and look for many handset makers to debut 5G phones by then. For this year, though, if you want to be first on your block with 5G capability, it’s going to be Xiaomi!

Mercedes has finally given a real look at their EQC e-SUV, which was first teased as a concept car at the Paris Auto Show two years ago. According to arstechnica.com, it goes into production in 2019, and will be on sale in 2020. Mercedes is touting 402 horsepower and up to 200 miles of range on a charge. The e-SUV will roll on the same wheelbase as the hybrid or fueled GLC, but is a little tighter…a bit shorter, thinner, and sporting a bit lower profile. It will run a pair of motors…one for each axle. Mercedes says it will charge from 10% up to 80% in 40 minutes.

Snap is showing off a couple new styles of frames for its Spectacles 2 video glasses. Thee frames are still oversized, but aren’t the total round, uber-nerd shape of the originals. Engadget.com says they are on sale at Snap’s website for $199. The frames are dubbed ‘Nico’ and Veronica,’ although Snap showed both on female models!

More has leaked out about the Samsung Galaxy Note 9, widely expected to be a minor upgrade coming in August. Bgr.com says one tweak may make a noticeable difference over the Note 8…the back cams may go horizontal instead of vertical, with the fingerprint sensor moving directly below. This will not only make the print sensor much easier to find and use, but the horizontal layout of the cams will allow for a bigger battery…perhaps even exceeding the 35 mAh battery of the Galaxy S9+. There’s also an additional hardware button showing up…no clues on what it is, but it may be related to the cameras.

Snap’s original Spectacles were kind of cool, but you had to hunt for a pop up store to get a pair of them. Now, mashable.com reports that the 2nd generation will be much easier to find…you can buy them on Amazon. There’s a price bump of 20 bucks to $149.99, but now they can be at your doorstep in a couple days in the US, UK, and Canada….even tomorrow if you’re terribly impatient! Snap only sold 220,000 of the original Spectacles, and lost a bundle ($40 million), but it appears they are confident about the round pic-taking glasses being a hit in version 2.

Best Buy may have spilled the beans about upcoming Nintendo Switch content at E3. According to businessinsider.com, Hulu, YouTube, and Netflix compatibility may be coming to the Switch. The added capabilities popped up on Best Buy’s online store. Nintendo had been expected to make an announcement anyway, but the retailer inadvertently stole their thunder.

Facebook is rolling out a rebranded On This Day as ‘Memories.’ Techcrunch.com says they are adding friends you made on the date to the usual pictures and posts from the On This Day version, in addition to ‘Memories You May Have Missed’. It’s a great way to get people to engage more…not to mention it saves Facebook server space by recycling posts. Hmm.