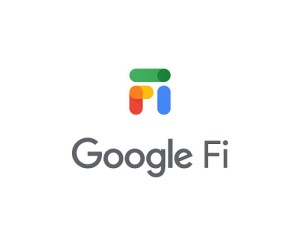 It’s been 3 years since Google first started experimenting with what they called Project Fi, an MVNO, or mobile virtual network operator. Now, rebranded as Google Fi, Google’s cell service is ready for prime time. As an MVNO, it rides on other carriers. Theverge.com says it will run on the majority of Android and also on iOS devices. A difference is that on Android phones from Google like the Pixel, it can hop between T-Mobile, Sprint, and US Cellular. On iOS, as well as other Androids, it seems to be limited to T-Mobile. The big selling point is price…$20 per phone line and $10 per gig of data you use…capped at $60 under a program they call ‘Bill Protection.’ They are offering a special deal for phone purchases and signups today only, November 28th.

Facebook is testing out the ability to block certain words, phrases, and even some emoji from your wall. 9to5mac.com reports that such things as those spammy Ray Ban ads could become history if this makes it to general Facebook release, as could some political posts. A rub…the people who post the stuff and THEIR friends would still be able to see the words or items. It appears that the system is being built on a filtering feature already available in Facebook owned Instagram.

It looks like YouTube Originals will move out from behind the paywall, and become ad-supported. According to techcrunch.com, many Originals, which presently require a monthly subscription, will all become ad-supported and otherwise free. Some content will become free next year, but all should be out from paywall jail by 2020.

Be extra vigilant if you work in the pharmaceutical sector! Hackers are focusing phishing and cyber attacks on companies in the sector at a much higher rate, more than doubling since last year. Zdnet.com says last quarter, there was an average of 71 email fraud attacks per company…a 149% jump over last year. Construction firms are #2 for phishing attacks, getting 61 per company last quarter. Real estate is #3, at 54 attacks per firm last quarter, all according to Proofpoint. If you’re in doubt, don’t click or respond, and notify you’re IT department.

Analyst-No, iPhone 8 Won’t Be $1200; Bixby is Launched in US; Facebook to Let Publishers Charge Readers to View Stories

There have been several rumors that Apple’s iPhone 8 will start at over $1000, and go as high as $1200, to set it up as a ‘niche’ product. In a report picked up by apple insider.com, an analyst from UBS says they see the iPhone 8 shipping in November, and starting at $900 for the 64 gig model, and a $256 gig model for $1000. UBS thinks iPhone sales will be up 15% in Apple’s 2018 year. [Update: Analysts at JC Morgan believe it will ship in September, but with very tight availability.]

It wasn’t ready for the launch of the Galaxy S8 this spring, and Samsung promised voice assistant Bixby by the end of May in the US. Well, that didn’t happen either, but according to engadget.com, it’s out now. Bixby’s draw, according to Samsung, is that it understands natural language expressions better than other voice assistants. So far, the English release works in the US and South Korea. No word on if it is out in other English speaking countries yet. As we’ve reported, Samsung is working on a voice activated speaker like Amazon and Google have, and Apple is rolling out in December.

Facebook is preparing to let media outlets charge readers for access to their stories, starting in October. Businessinsider.com says they will be able to show 10 free articles per month before a paywall kicks in. No info on how much Facebook will skim from publishers on this, or if anyone there has calculated what percentage of people will simply click away, rather than pay…I predict that will be a huge majority of Facebook users. It’s tough to find people who don’t despise paywalls.

Apple may have to delay the larger 5.5 inch iPhone 6 until after October according to 9to5mac.com. A research note from usually reliable KGI Securities says supply problems with the in-cell touch panels is the reason.

In a major turnabout, Bittorrent is dabbling with paywalls. They will charge $10 for an 8 episode sci-fi series after a person watches the pilot episode. Engadget.com notes that this is risky, considering how set Bittorrent users are with getting things for free.

Makerbot 3D printers will be sold and demoed in 12 Home Depot stores, including some here in California. Techcrunch.com says soon you may be able to print an odd hinge or part on the spot!