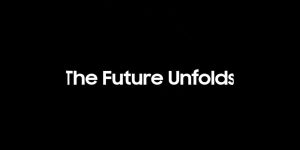 In what appears to be a pretty big hint that the Galaxy F folding phone will bow with the new Samsung Galaxy S10 at Samsung’s event on February 20th, the company released the above graphic. There was also a Tweet saying ‘The future of mobile will unfold on February 20, 2019. Not exactly subtile. Will it be amazing, or meh? We’ll know in a matter of days!

In what appears to be purely a cost-saving move, Apple won’t be switching to USB-C ports on the next batch of iPhones. Theverge.com says they will stay with the venerable Lightening port. Earlier, it was thought the USB-C ports would show up, since they are on the new iPad Pro, but nope. Not only that, they will still be shipped with Apple’s miserly 5W USB-A charger…so you will have to buy a separate USB-C to Lightening cable and a power brick that supports USB-C power delivery if you want to fast charge your pricey iPhone! More profitable accessory sales for Apple. Formerly, you got a Mag Safe cable, charging brick, AND extension cord for laptops for $80. With the new USB-C MacBook Pro, if you want an extra, you’ll drop $120 for the USB-C cable and separate charging brick…and even more if you want the extension cord that used to be included!

The break-in rate on Tesla cars has been in the top tier of autos affected, and Elon Musk is determined to do something to lessen the problem. Electric.co reports that Tesla is planning to release ‘Sentry Mode’ this week. Tesla has offered access to its dash cam over the air since last year, using the Autopilot cam, but it’s front facing only. Sentry Mode would enable more Autopilot cams and a parking mode. The Sentry Mode would enable the car to detect a robbery, record it, and then…blast Bach’s Toccata and Fugue in d-minor loudly! (That’s the scary organ music often used is scary movies.) At the same time, Musk says they will release Tesla ‘Dog Mode,’ which is designed to keep your pups safe and cool inside Tesla vehicles. Dog Mode ads to the Cabin Safety mode (which is intended to keep kids safe) with the car able to tell passers by who show concern that the dog is cool and ok.

The Australian government is making grants of AU$10 million to non-government organizations to deliver online safety education and training programs aimed at children. According to zdnet.com, PM Scott Morrison says the intent is to help kids ‘stay safe’ online. The Aussie government is also reviewing ‘digital licences’ and other tools designed to build and test children’s online safety skills.

Most of us have walked by a row of beverage coolers…maybe stopped to peruse one or two…then moved on. Now, Walgreens is testing cooler doors with displays of the drinks instead of glass. Curbed.com says that’s not all…the doors track customers with cams, eye-tracking and motion sensors, then serve them ads in real time! The tech is from the appropriately named Cooler Screens, which claims the data is ‘anonymized’. Even at that, it allows ads to hit you based on gender, age, emotional response (!), and how long you linger in front of a product. Cooler Screens is also working with Coca-Cola and Nestle, and most of the 20 largest consumer product companies. Welcome to your creepy future!